Expanding into US "choice" states, including Michigan and Indiana 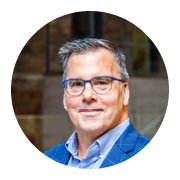 John has spent a career navigating the financial, technical, and regulatory challenges inherent in bringing energy infrastructure projects to life. His background illustrates a pattern of recognizing and shepherding next-generation energy solutions into the mainstream.

Denis is a renowned high-voltage engineer, business manager, and inventor with over 25 years of experience working across the energy management spectrum.

A sought-after consultant, innovator, and leader, Denis has consistently earned top-billing at multiple influential power companies, including Siemens, and senior advisor to oneGRID and the Empire State Connector. His globe-spanning career assessing, designing, and developing energy infrastructure projects on behalf of Europe’s largest energy companies has given him a line of sight on where the industry is headed.